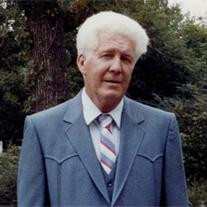 Funeral services for Troy B King, age 75, of Rusk are scheduled for 2:00 p.m., Monday, February 20, 2012 in Wallace-Thompson Funeral Home Chapel with Rev. Jim Slocomb officiating. Interment will be in Salem Cemetery under the direction of Wallace-Thompson... View Obituary & Service Information

The family of Troy King created this Life Tributes page to make it easy to share your memories.

Funeral services for Troy B King, age 75, of Rusk are scheduled...

Send flowers to the King family.