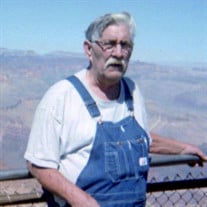 A graveside service for Stephen Michael Ballew, age 62, of Rusk is scheduled for 4:00 p.m., Friday, October 17, 2014 in Pleasant Grove Cemetery with Rev. Don Copeland officiating under the direction of Wallace-Thompson Funeral Home in Rusk. Mr. Ballew passed away October 14, 2014 at his residence. He was born December 1, 1951 in Jacksonville, TX. Mr. Ballew was a member of First Baptist Church in Rusk and worked in construction most of his life. He enjoyed woodworking. He was preceded in death by a son, James Stephen Ballew. He is survived by a son, Charles “Bubba” Ballew of Rusk, father and step-mother, Bob and Lavada Ballew of Livingston, TX, mother, Mildred Ballew of Rusk, three granddaughters, Briana Stiefer of Jacksonville, Jordyn Ballew of Rusk, Jamie Ballew of Rusk, grandson, Hunter Ballew of Rusk, great-grandson, Ashton Leonard of Rusk, two brothers and sisters-in-law, Elbert and Becky Ballew of Rusk, Edwin and Renda Ballew of Rusk, sister, Bobbi Burch of Rusk, numerous aunts, uncles, nephews and nieces. Family and friends will serve as pallbearers. Visitation will be from 2:30 p.m. to 3:30 p.m., Friday, October 17, 2014 at the funeral home.

The family of Stephen Michael Ballew created this Life Tributes page to make it easy to share your memories.

A graveside service for Stephen Michael Ballew, age 62, of Rusk...

Send flowers to the Ballew family.