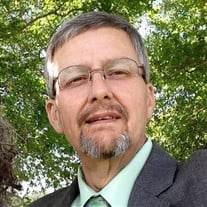 It is with great sadness that the family of Randall Lavon Moon announces his passing after a four year battle with cancer, on Sunday, April 24, 2016, at the age of 58. He was taken from this world much too soon, but he is now living pain-free and disease-free among the angels in Heaven. Randy will be forever loved and remembered by his best friend and wife of 36 years, Linda Bostick Moon. Randy leaves behind his mother, Frankie Moon, brother, James Moon, four nephews, and many family and friends. Born in Detroit, and raised in Southgate, Michigan, Randy has made the most of his 58 years on this earth. After graduating in 1975 from Schafer High School and attending Western Michigan University, Randy enlisted in the Air Force and served in special forces para-rescue as well as an operating room technician. After separation from the service in Fort Worth, he made his home in Texas, moving to Pasadena in 1979, where he met the love of his life, Linda, at the infamous Gilley’s nightclub. They were married in 1980 and lived in Pasadena until 1988, when he moved to Tyler, Texas to return to school, earning his Bachelor of Science in Nursing from the University of Texas at Tyler in 1992, graduating Summa Cum Laude, and was a member of Sigma Theta Tau (Honor Society for Nursing). Following graduation, he relocated to the Dallas area, where he worked for numerous hospitals as an operating room nurse, OR educator, and OR manager. He loved teaching others about his love of medicine and the operating room… and he could tell some stories! He was very involved in numerous leadership roles for the Association of Operating Room Nurses (AORN), including President of the largest national chapter, the e-chapter. In addition, he spent several years writing the certification program for operating room nurses (CNOR) as part of the Competency and Credentialing Institute of AORN. For many years, Randy had his own business as a Legal Nurse Consultant. In 2008, Randy & Linda had the opportunity to move to East Texas, where he finished his nursing career at Rusk State Hospital. Randy was an active member of Salem Missionary Baptist Church, serving as a Sunday school teacher and song leader. He loved fishing, travelling, hunting, woodworking, gardening, and working outside. Music and sports were very special to Randy and he cherished his time with his dogs, most recently Luna. A funeral service for Randy is scheduled for Wednesday, April 27, 2016 at 11:00 a.m. at Salem Missionary Baptist Church, 1500 FM 241 South, Rusk, Texas under the direction of Wallace-Thompson Funeral Home with Pastor Tommy Mabry officiating. Burial will follow at Lynches Chapel Cemetery, Alto, Texas. Visitation will be on Tuesday, April 26, 2016 from 6:00 – 8:00 p.m. at Wallace-Thompson Funeral Home, Rusk, Texas. Remembrance donations in Randy’s name may be made to the Hospice of East Texas, 4111 University Blvd, Tyler, Texas, 75701. Pallbearers will be Dave Waeltermann, Jeff Finley, Gary Bell, Christopher Bell, Shad Mabry, and Jack Brickey.

It is with great sadness that the family of Randall Lavon Moon announces his passing after a four year battle with cancer, on Sunday, April 24, 2016, at the age of 58. He was taken from this world much too soon, but he is now living pain-free... View Obituary & Service Information

The family of Randall "Randy" Lavon Moon created this Life Tributes page to make it easy to share your memories.

It is with great sadness that the family of Randall Lavon Moon...

Send flowers to the Moon family.