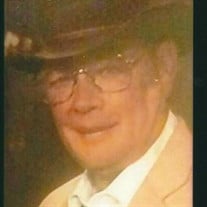 Funeral Services for Jimmie W. Hargrave, 77, of Alto, will be 2:00 p.m., Wednesday, June 14, 2017 at the Wallace-Thompson Funeral Home Chapel with Bro. Donald Gallatin. Burial will follow at Salem Cemetery. He passed away on June 9, 2017. He... View Obituary & Service Information

The family of Jimmie Hargrave created this Life Tributes page to make it easy to share your memories.

Funeral Services for Jimmie W. Hargrave, 77, of Alto, will be...

Send flowers to the Hargrave family.