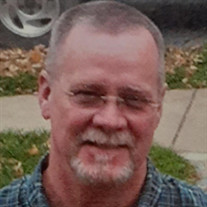 In Loving Memory James Christopher Hoover IV left this earth on March 3, 2022 to be with our heavenly father and the angels. He was born on June 11, 1951 in Sweetwater, TX to James Christopher Hoover III and Joyce Fleta Griffith. He was a Christian and member of the Calvary Baptist Church of Rusk. To everyone that knew him he was known by Chris, Dad, or PaPa. He was a loving son, brother, husband, father, grandfather, and great grandfather. Chris was a railroad engineer for the Cotton Belt Railroad in Tyler, Texas where he met his wife Mary who he was married to for the next forty seven years. In that time the couple built a family consisting of two sons James and Josh, three granddaughters, and four great grandchildren. Chris was employed at TDCJ where he later retired. He was a contributing member of his community serving on the Rusk Volunteer Fire Department and as a reserve deputy for the Cherokee County Sherriff’s Office. Chris’ family and friends loved and admired him greatly. He was a talented woodworker in which he created many projects for friends and family. Chris was also an avid firearms enthusiast. He participated in competition shooting as well as performing as a firearms safety instructor. To many of his close friends and family Chris was a genuine and dependable person with a mind that could accomplish anything he set out to do. Mr. Hoover is preceded in passing by his father James C. Hoover III of Mena, AR and mother Joyce Fleta Zimmerman of Lindale, TX. He is survived by his wife Mary Bowden Hoover of Rusk, TX, sons James Hoover and Josh Hoover of Rusk, TX, three granddaughters Katlynn, Morgan, and Kimberly, and four great grandchildren Brynleigh, Reid, Bella, and Everleigh. Chris was an important person to many and will be greatly missed. The family is very grateful for all the prayers and condolences that have been shared.

The family of James Christopher Hoover IV created this Life Tributes page to make it easy to share your memories.

Send flowers to the Hoover family.