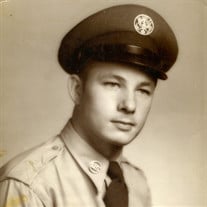 A funeral service for Jack W. Johnson Sr., age 83, of Ponta is scheduled for 2:00 p.m., Saturday, February 7, 2015 in Wallace-Thompson Funeral Home Chapel. Mr. Johnson died January 31, 2015 in a Tyler hospital. He was born March 14, 1931 in Douglas, TX to the late Jessie and Essie Hammond Johnson. Mr. Johnson was a resident of the Rusk/Ponta area for most his life and served in the United States Air Force during the Korean War as a pilot. He worked as a farmer in his most recent years but previously as a fiber glass specialist making boats, aircraft and auto. Mr. Johnson was Baptist by faith and loved to hunt and fish. He was preceded in death by his parents, two brothers and five sisters. Survivors include his wife, Patrice Johnson of Ponta, son, Jack W. Johnson Jr. of Ponta, three daughters, Judy Johnson of Ponta, Sheila Thompson of Florida, Jean Sherlock of Florida, four step-daughters, Kim Gray of Seven Points, TX, Terri McGuire of Kemp, TX, Karen Cullum of Cedar Creek Lake, TX, Sherri Cullum of Ponta and many grandchildren. Visitation will be from 6:00 p.m. to 8:00 p.m., Friday, February 6, 2015 at the funeral home.

The family of Jack W. Johnson Sr. created this Life Tributes page to make it easy to share your memories.

Send flowers to the Johnson family.