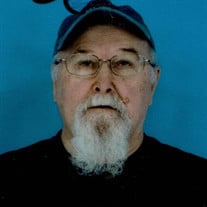 Funeral services for George Allen Clark, 72, of Rusk, will be at 2:00 p.m., Wednesday, April 6, 2022 at the Wallace-Thompson Funeral Home Chapel with Bro. Rex Hoot officiating. Burial will follow at Oakland Cemetery. Mr. Clark passed away April 2, 2022. He was born December 22, 1949 in Jacksonville, Texas to the late Helen and Bud Clark of Maydelle, Texas. He loved to garden, and was famous for his peas, tomatoes, and potatoes. He cherished time with his grandchildren. He was a member of Oakland Missionary Baptist Church. He is preceded in death by his parents, brother Joseph Clark, and sons Jacob and Zachary Clark. He is survived by his wife Kathy Clark of Rusk, children Jeremy and Jennifer Clark of Maydelle, LeeAnn and Frank Anderson of Jacksonville, and Kayla and Dustin Brown of Rusk. Grandchildren are Ethan, Taylor, Jake, Ty, Reanna, and Dakota Clark, Ethan and Trey Martin, Lucas Darr, Mickyla Anderson, Natalie and Joely Langston, great-granddaughter Aniyah White, as well as numerous nieces, nephews, and cousins. Visitation will be at 6:00 p.m. to 8:00 p.m., Tuesday, April 5, 2022 at the funeral home. Pallbearers will be Jeremy Clark, AP Dover, Jeremy Singletary, Bubba Knight, Luke Darr, and Dustin Brown. Honorary pallbearers will be Leonard Dowling, Dakota Clark, and Frank Anderson.

The family of George Allen Clark created this Life Tributes page to make it easy to share your memories.

Funeral services for George Allen Clark, 72, of Rusk, will be...

Send flowers to the Clark family.