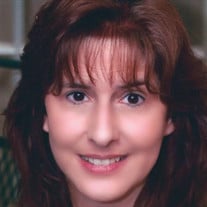 A funeral service for Cynthia Lea Ball, age 57 of Alto is scheduled for 11:00 a.m., Saturday, March 11, 2017 at the First Baptist Church in Alto with Rev. Gary Pridmore, Rev. Ernest Mayes and Rev. Bobby King officiating. Visitation will be from 9:30 a.m. up until service time Saturday at the church. Cindy was preceded in death by her sister, Glenda Renee Sonnier, grandparents, D.W. and Deuron Harman. She is survived by her husband, Joe F. Ball, son, Dustin A Ferrell, granddaughter, Kira A. Ferrell and her parents Whitney J. “Buz” and Reba L. Sonnier, all of Alto, TX, two brothers, Sean Sonnier of Austin, TX, Jeffery Sonnier of Nacogdoches, TX, step-son, Jason D. Ball and his wife Myra, and step-grandsons Wyatt Ball, Shane Ball and Aaron McCreight all of Rusk, TX and a host of other relatives and friends. Cindy was born and raised in Beaumont, TX where she graduated from South Park High School and attended Lamar University. Before becoming a Beaumont Police officer Cindy worked for Beaumont Independent School District as a Special Education assistant. Cindy began her career as a Beaumont police officer in 1986 and retired from the Department on December 31, 2012, after serving for almost 27 years. During her career Cindy was assigned to Patrol Division and worked the midnight shift for many years. Cindy frequently assisted Narcotics Division as an undercover officer. She was also a Field Training officer instructing “rookie” officers. Cindy was involved in the creation of the Santa in Blue program, serving many underprivileged children. In 1996 Cindy transferred to Detective Division as a Family Violence investigator. After gaining experience as a Detective, Cindy moved to the Robbery/Homicide Unit, where she excelled at capturing serial robbers. During her career Cindy received many accolades and awards for her contribution both to the Department and the community. In 1998 Cindy married Joe Ball and they blended their families together, or as Cindy liked to say “we put all of our eggs in one basket.” After Cindy and Joe both retired from the Beaumont Police Department they moved into their new “Cindy Designed” home in the country outside Alto, TX. Cindy really took to the country living, raising a garden every year and developed a genuine love for blue healer puppies and raising chickens. Cindy was so happy to be able to help raise her granddaughter, Kira, out in the country. Cindy had many passions but her love for God and sharing the gospel was the driving force in her life, followed closely by a deep love for her family and friends. Always willing to help someone in need. In June 2016 Cindy was diagnosed with stage 4 colon cancer and true to her personality she fought to overcome another mountain with the same tenacity with which she lived her life. On Saturday, March 4, 2017, Cindy fought her final battle with this evil disease by allowing a surgical procedure to insert tubes directly into her kidneys which had stopped functioning. Before going in for the surgery Cindy said that she hoped the procedure would be successful, but if not, she was at peace with God and was ready to go and be with Jesus. At 6:40 p.m. Saturday evening Cindy completed her journey in this life and began a new and eternal journey with Jesus. We can all learn a lesson from this valiant prayer warrior for God. Honey, I love you more than my own life and look forward to the day when we can sing praises to Jesus together.---------Joe Cindy had a great love for children, so in lieu of flowers, donations may be made in Cindy’s name to St. Jude’s Children Hospital for cancer research. Honorary pallbearers will be friends Andy Grammer and Nick McCormick of Alto, TX, grandsons Wyatt Ball, Shane Ball and Aaron McCreight of Rusk, TX, along with Officers of the Beaumont Police Department.

The family of Cynthia Lea Ball created this Life Tributes page to make it easy to share your memories.

A funeral service for Cynthia Lea Ball, age 57 of Alto is scheduled...

Send flowers to the Ball family.